What’s a fish jerky business doing in the middle of the high desert?

As it turns out, quite a bit.

OneForNeptune, which makes its jerky from premium sustainable whitefish, is the brainchild of Nick Mendoza of Santa Fe. The fish jerky, currently available in a trio of flavors from the company’s website, has its earliest origins in Mendoza’s kitchen in 2017. It’s now made just south of Seattle, as close as possible to the source of the fish used to craft the product. 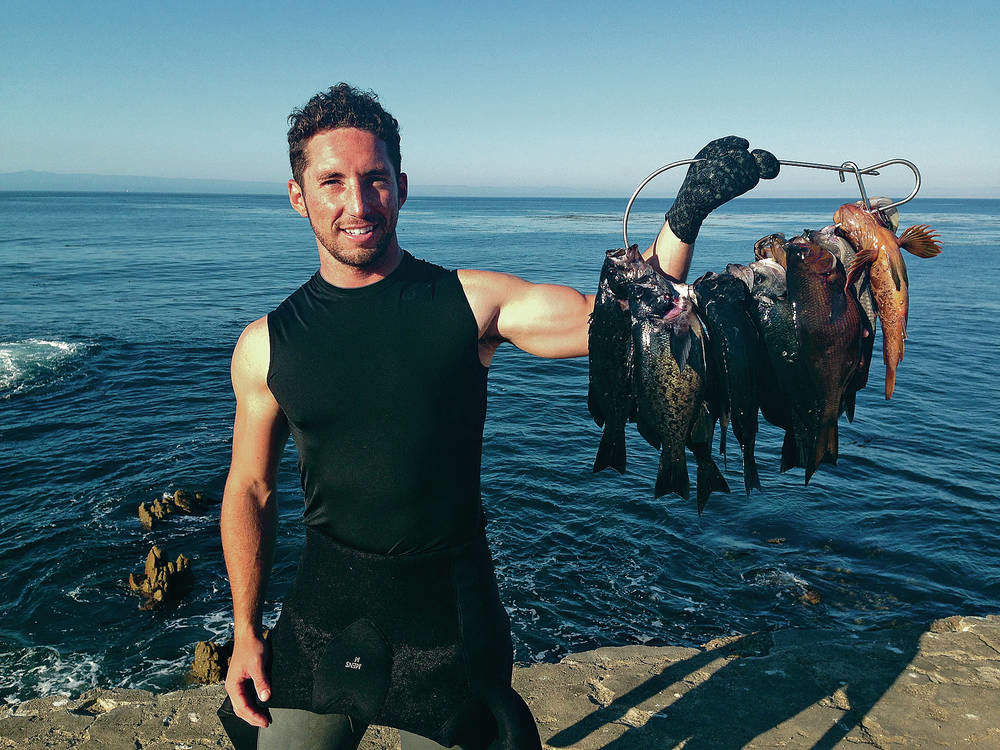 According to the company, the U.S. imports 90 percent of its seafood, and some two-thirds of it is mislabeled. Less than 2 percent of fish can be traced to the fisherman who caught it.

For those of us who love eating fish but fret over whether we’re making sustainable choices, OneForNeptune removes the work — and the worry. Scan the QR code on the package with your smartphone’s camera, and you’ll be directed to a website telling you where your fish was caught, and by whom.

Mendoza’s inspiration came from both the sea and the land.

The 29-year-old grew up in San Diego but spent his summers working on his grandparents’ cattle ranch in New Mexico’s Gila Wilderness. His love of the sea and its creatures dates to his childhood.

“I’ve just been obsessed with fish since I was a little kid,” he said. “I’ve been the fish guy all through elementary and middle school. I would go off in my kayak instead of going to the mall with friends, and then pretty soon I became professionally the fish guy.”

Mendoza parlayed his interests into a career in marine science, sailing trans-Pacific research expeditions and living in Monterey, Calif., as a researcher for Stanford. But he wanted to explore ways to make a more meaningful difference in transforming the seafood industry, so he left and headed back to New Mexico.

“I felt that the research I was doing there would get published, or the project would end, and there would be no continuation or transcendency of those ideas toward better ways of doing seafood and addressing fisheries,” he said.

Back at his grandparents’ ranch, Mendoza had his epiphany.

“I was literally mending fences in the backcountry and thinking about the farm-to-table [concept] with beef and had the idea of beef jerky, and really differentiated, grass-fed, no-hormone beef as something that should win a premium on the market because it’s better for you and it’s better for the environment,” he said.

But after a little research, he discovered all the recent growth in the $2.8 billion-$3 billion meat snack market was in beef alternatives, such as pork, turkey and salmon.

“But there was no whitefish,” he said, “and nobody that was really making that next-level effort of telling the story of why it’s sourced the way it is and explaining the health benefits of it over any other animal protein.” Compared to beef jerky, Mendoza said, OneForNeptune’s fish jerky has 1.5 times the protein, 30 times to 100 times the omega-3 fatty acids and a third of the saturated fat.

Mendoza sold several of his cattle, bought his first commercial dehydrator and starting testing, applying his scientific rigor to perfecting the recipes.

The toothsome, bite-sized pieces pack a strong flavor of seasoning that complements the taste of the dehydrated whitefish.

The company’s name, OneForNeptune, is a nod to his time at sea on research expeditions aboard a tall ship on which the sailors celebrate a safe journey with what’s called a swizzle. On the eve of the trip’s final day, the captain gathers his crew and makes a ritual toast to Neptune, god of the sea, and pours the first drink overboard.

“That moment at the end of the trip, when this has been a 30-person universe that you just spent three months at sea with — you’ll never be that same group of people again,” he said. “This is your last evening, and you have the swizzle and that hallowed moment. … I even get goosebumps thinking about it because it’s just such a special moment.”

After a prize-winning pitch at the Fish 2.0 Global Seafood Innovation Forum at Stanford University, Mendoza brought aboard co-founders Garrett Delgado, a former real estate corporation CFO and college friend of Mendoza’s from Stanford, and James Coop, a successful businessman and avid sailor who met Mendoza at a wedding in Sri Lanka.

“On hearing Nick speak so passionately about the waste, pollution and the overfishing that’s currently imperiling our seas, it struck a chord in my moral compass,” Coop said.

Delgado grew up in a coastal Southern California town, spending his childhood running along the coast, sailing with his father and body surfing. “My gratitude for our world’s most valuable resource grew as the Pacific had given me so much,” he said.

United in a desire to make a meaningful impact through business ventures, they began outlining a path toward the company’s future.

In August, the company launched a Kickstarter campaign that hit its $10,000 goal in six hours and doubled it in 24, ultimately netting $68,000. The packets were also included in a SnackNation subscription-delivery box for healthy snacks. Mendoza estimates they’ve produced about 30,000 packets so far.

As the business grows — the founders are focusing on online-only sales for now, though Mendoza said there’s been considerable retail interest — the jerky remains the edible end product of a passionate commitment to changing the seafood industry.

“[Our] central vision is to grow the concept of eating seafood that is traceable to fisheries that conduct sustainable and ethical practices,” Delgado said. At the same time, he added, “Spreading the knowledge of which fish species, fisheries and fishing methods are good and bad for the environment is imperative to the future of aquaculture.”

And OneForNeptune’s fans — which Mendoza said range from athletes and outdoor enthusiasts to mothers and kids — seem to be embracing the total package.

Where: Available online at oneforneptune.com