The East Coast was literally built on oysters. At the peak of their production as a food source, these shellfish were so plentiful from the Gulf Coast to New England that discarded shells were crushed and used to pave roads. Oysters kept bays and waterways clean—Chesapeake Bay residents didn’t need to treat or filter their water. A 1913 National Geographic article proclaimed them “the world’s most valuable water crop,” cultivated as a year-round, dependable and inexpensive protein source. About 150,000 people in 35 countries worked to produce “the most popular and most extensively eaten of all shellfish.” 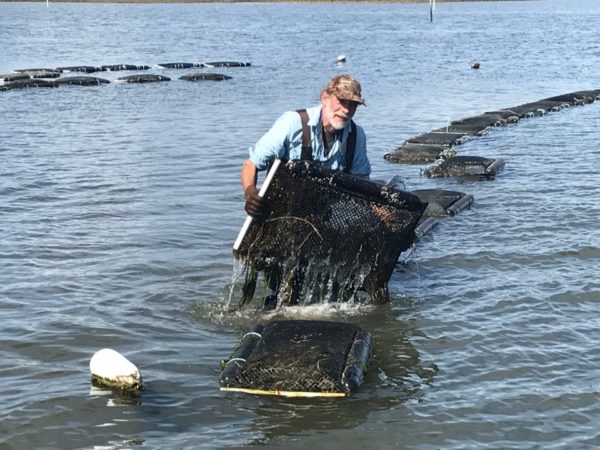 The situation more than a century later is quite different. Oysters remain desirable, but populations have been decimated. The Gulf of Mexico has just 10 percent of its peak oyster population, and Chesapeake Bay is down to a mere 1 percent. The situation has been described as dire by many locals, who’ve seen dredging, overharvesting and disease destroy oyster habitats.

As a result, we’re losing ecosystem services that oysters provide to estuaries, and water in these regions is not nearly as clean as it used to be. Loss of oyster beds also leads to the decline of juvenile finfish, crab populations and seaweed growth in these regions, as well as to a loss of jobs and local economic growth opportunities.

Twenty-first century oyster farmers are trying to change this, but they face big challenges. Trade knowledge has been lost, oyster beds are eroded or destroyed, seeds (oysters hatched for transplant) are hard to find in commercial quantities, and their waters are often polluted. Coastal homeowners don’t want their waterfront views blocked by oyster beds, and it’s hard to find trained workers for an industry that’s been dormant.

But there’s still hope that oysters can once again be an economic engine and an environmental asset, particularly in the South Atlantic and Gulf Coast.